Yirgacheffe is a small town of some 20,000 inhabitants which lies within the larger Sidamo coffee producing region of southern Ethiopia. It is famous for its excellent coffees, and the region is considered to be the birthplace of Ethiopian coffee. 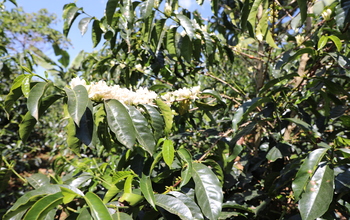 Limmu is one of the zones in the Oromiya coffee growing regions of southwest Ethiopia. Limmu coffee grows at an elevation of 1500-1900 MSL producing medium-sized beans with a characteristic round shape and a greenish colour.  Limmu coffee is regarded as premium gourmet coffee with its distinctive terroir and variety.

Bonga is a name rarely encountered when visiting Ethiopia, if at all. But it deserves to be better known: it’s said to be the very birthplace of Arabica coffee.

Despite its caffeinated claim, the multibillion dollar global industry that has grown up around coffee has passed Bonga by.
The term coffee is said to derive from Kaffa, the ancient name for the part of the present-day Southern Nations, Nationalities and Peoples’ State region in which Bonga lies.
Read More

The Sidama people are an ethnic Cushitic peoples traditionally inhabiting the Sidama Zone of the Southern Nations,Nationalities, and Peoples Region (SNNPR) in Ethiopia.

They speak the Sidamo language which is a language of the Cushitic branch of the Afroasiatic language family. Despite their large numbers they currently lack a separate ethnic regional state.