Sidamo was a province in the southern part of Ethiopia.
Its name has it’s from a native ethnic group of Ethiopia, called Sidama,
which are located in the south-central part of the country. Their majorpolitical state was the ancient Kingdom of Sidama. The old political
map says Sidama was bordered by Gama-Gofa on the west, Shewa on the north, Bale extending from north to east, a small portion on thesoutheast by Somalis, and on the south by Kenya.

The Ethiopian commodity Exchange has categorized theSidamo zones into five geographical areas:Sidama A, B, C, D and E.
These does not have any relation to quality but mere geographical indicators. Quality is based on sensory analysis and green grading,where Q1 and Q2 are named as specialty coffee, and everything between 3
and 9 are considered commercial grade

Sidama has an estimated population of 3.5million,where the Cushitic language Sidamigna is the lingua franca. As all otherethnic groups in Ethiopia, they have their own unique culture,tradition, and heritage. Sidama celebrate their own New Year called‘Fiche Chembelala’ which was given the status of UNESCO world heritage.They take huge pride in this 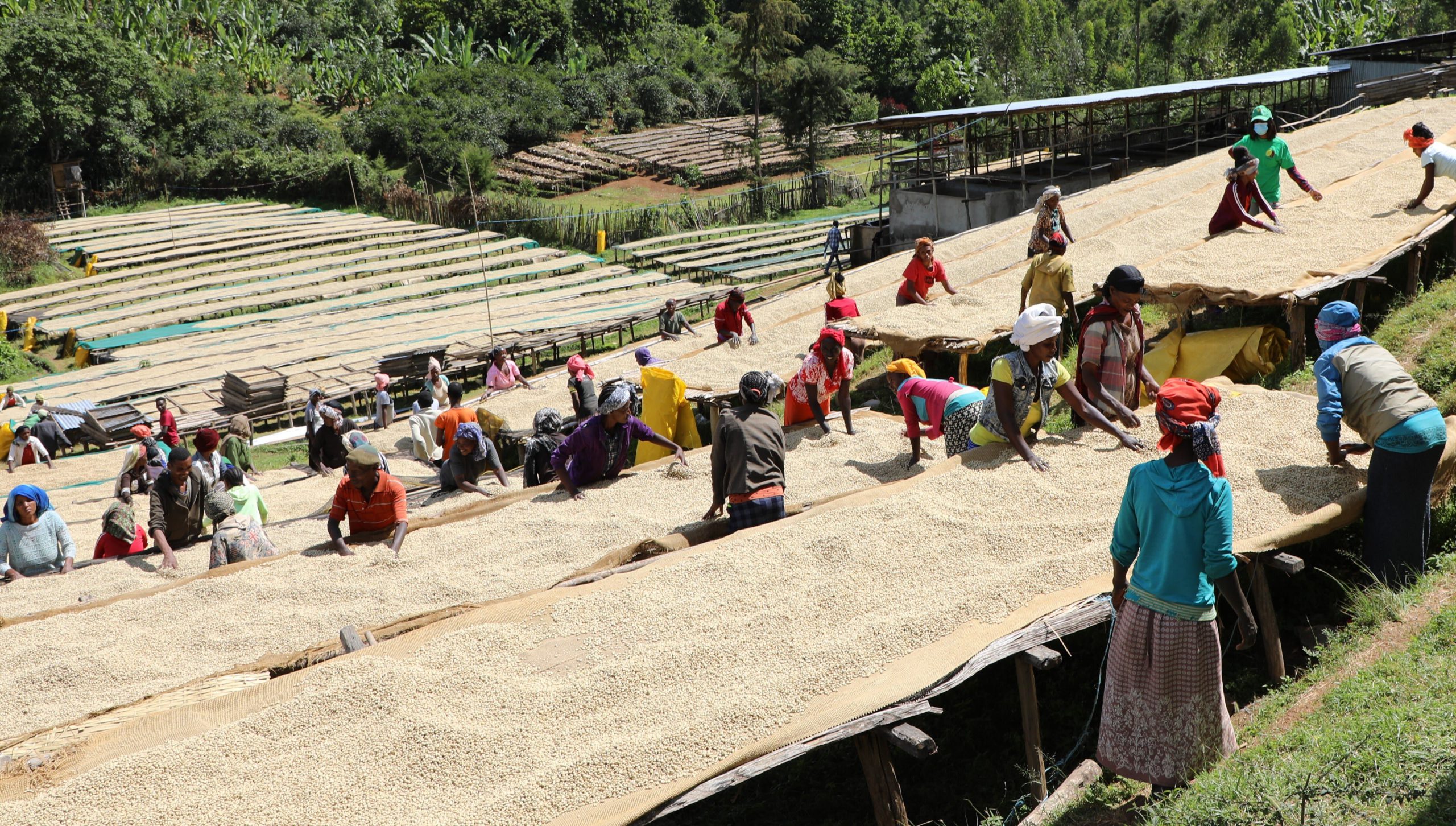