Skip to content
wellcome to Arfasa General Trading PLC .
Survive your new days with our coffee

Bonga  Farm is one of the main farms of Arfasa General Trading. It is About a 300 Hecrare located at Kaffa Zone It has suitable Agro-ecological conditions for special coffee production. Its altitude is between 1600 and 1900 meters, the soil is red in color, and temperatures are conducive for coffee production. The area is known for distinct higher levels of precipitation and for that reason it is considered as one of the rainiest regions in Ethiopia 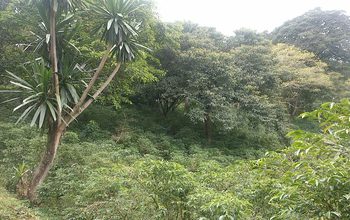 Keffa is a Zone in the Ethiopian Southern Nations, Nationalities, and Peoples’ Region (SNNPR). Keffa is bordered on the south by Debub Omo, on the southwest by Bench Maji, on the west by Sheka, on the north by the Oromia Region, and on the east by Konta. Gojeb River runs along part of the northern border of this zone. The administrative center of Keffa is Bonga. Keffa formed the main part of former Keficho Shekicho Zone.

Sustainability is both the result and the foundation of approaching every aspect of our business with care. At each step of the coffee path from forming partnerships with small holder coffee farmers at origin and ends with drinking brewed coffee. For coffee product to be sustainable, all of the practices must be done along the production system and supply chain should be taken into account. That is why we strive for measurable environmental, social, and fiscal sustainability in everything we do.Because coffee is a shade love plant  and has a potential to thrive in healthy for   biodiversity environments  and also pillar for the Sustainability of relationships for coffee production eco friendly with the environment , local economy, and customers interconnected.prodycer focused In every region openend a training centerand support community-based organizations focus on sustainable agriculture and two issue improving the quality and build up livelihoods of the farmers we encounter frequently at origin that we also see reflected in our local communities.